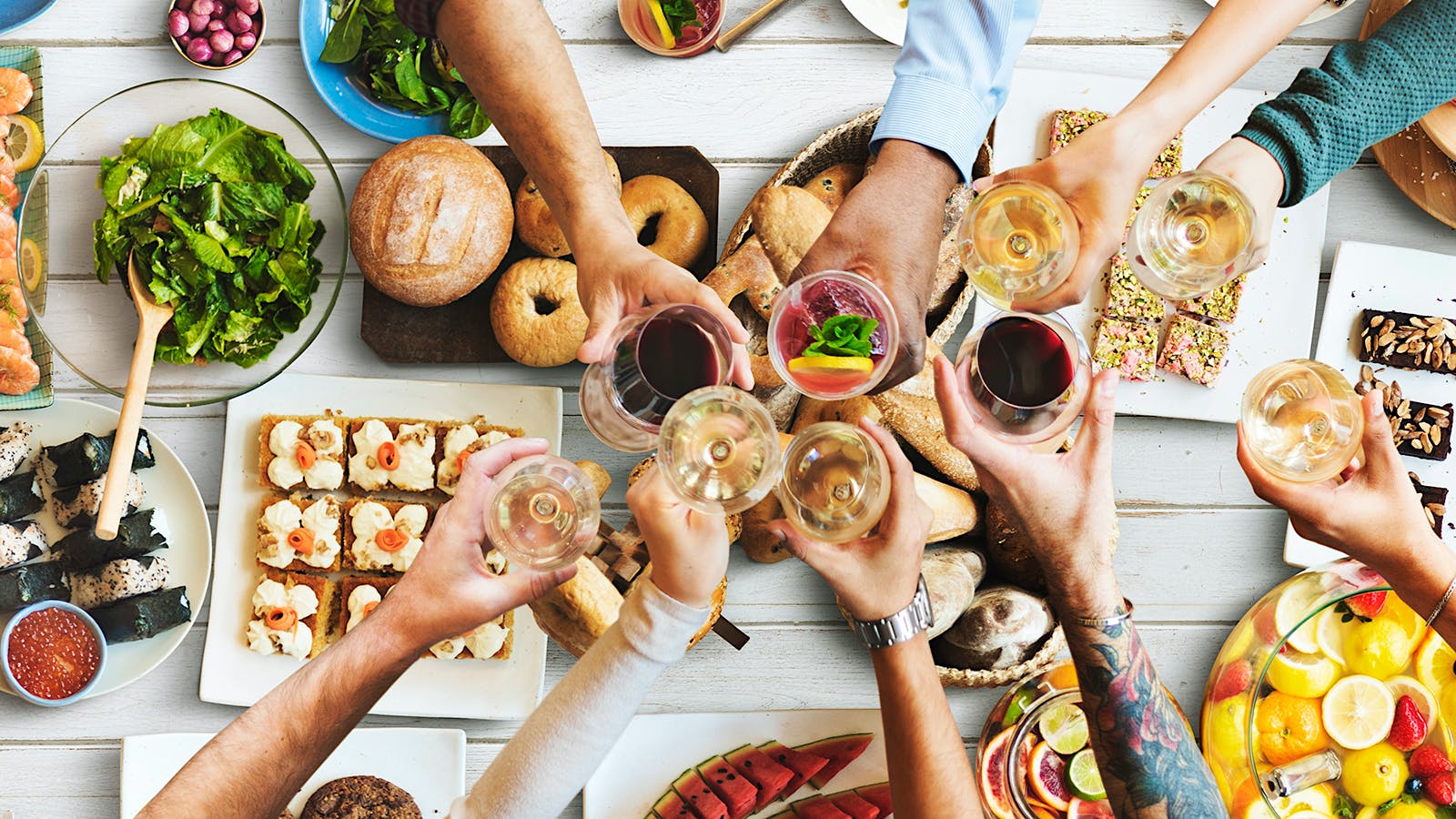 Type 2 diabetes, the acquired form of the disease that causes unstable blood sugar levels, has led many to alter their diets in hopes of reducing their risk. A new long-term study suggests that the Mediterranean diet, which includes higher intake of plants, whole grains and olive oil and moderate consumption of wine, can reduce the risk of developing type 2 diabetes. The researchers found the diet lowered insulin resistance and body mass index (BMI).

For years, studies have shown a link between certain diets and moderate alcohol consumption and a lower risk of developing cardiometabolic diseases, conditions that largely affect blood sugar levels, obesity and hypertension. But it has been unclear exactly how these diets reduce the risk of acquiring type 2 diabetes.

The new study, conducted by researchers at Uppsala University in Sweden and Harvard Medical School and published online in JAMA Network Open, analyzed data from the Women’s Health Study (WHS), a large survey that followed more than 25,000 female health-care professionals between 1992 and 2017. WHS researchers gathered data on the women’s lifestyles, demographics, medical histories and diets, including alcohol intake. They conducted blood tests at the beginning of the study to test levels of 40 biomarkers, including high-density lipoproteins, the proteins considered to be good cholesterol.

The Uppsala and Harvard team looked at several of the biomarkers and the diet information to look for connections to who developed diabetes during the study. The study is one of the first to conduct such research over a long period of time.

“What we eat now has important health implications for our cardiometabolic health for the next 25 years,” Dr. Samia Mora, co-author of the report, told Wine Spectator via email. “Prior studies were shorter in duration and did not examine potential mediating pathways over the long term. While it was known that the Mediterranean diet has many health benefits, in particular on metabolism and inflammation, it was not previously known which of these biological pathways may be contributing to the lower risk of diabetes and to what magnitude.”

Want to learn more about how wine can be part of a healthy lifestyle? Sign up for Wine Spectator‘s free Wine & Healthy Living e-mail newsletter and get the latest health news, feel-good recipes, wellness tips and more delivered straight to your inbox every other week!

Diet intake was measured by points. A below-average consumption of red and processed meats equaled 1 point, while an above-average intake of fruits, vegetables, fish, whole grains and legumes also earned a point. Looking at the biomarkers, researchers found that participants with a higher Mediterranean diet intake score tended to have better levels of good cholesterol and lower levels of insulin resistance. They also had lower BMIs and were less likely to be obese.

“Most of this reduced risk associated with the Mediterranean diet and type 2 diabetes was explained through the biomarkers related to insulin resistance, adiposity, lipoprotein metabolism and inflammation,” said lead author Dr. Shafqat Ahmad, a researcher in the Molecular Epidemiology Unit at Uppsala University, in a statement. “This understanding may have important downstream consequences for the primary prevention of diabetes disease.”

So what does this mean for wine lovers? In this study, a glass of wine earned participants 1 point, while higher consumption was considered disadvantageous. “We emphasize that moderate amount of alcohol consumption, between 5 to 15 grams per day, along with overall healthy diet, might be beneficial for future cardiometabolic health,” said Mora.

The World of Wine Fine and Purple Wine